skip to main | skip to sidebar

Killer line-up, nice location, friendly people, cheap prices and one of the most beautiful capitals in Europe: these are making Metalfest Open Air Hungary a must-see event for metal-heads in 2011’s festival season. 3 days of metal extravaganza between the 3-5th June, where you can catch the big guns like Kreator, Arch Enemy, Cradle Of Filth, Stormwitch, Saxon, Astral Doors, Sabaton, Wintersun and many more! A special gig for legendary Hungarian band called Pokolgép was also announced recently: 2 members of Hammerfall will perform as very special guests here, because Swedish metal merchants recently released the English version of a Pokolgep song. 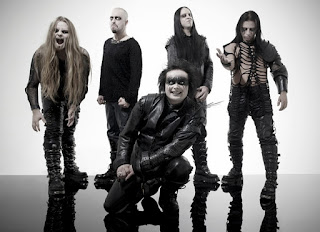 This year’s the Metalfest Open Air Hungary will take place from June 3rd ’till the June 5th. Even if it is only the 2nd edition of the festival, the event has already became one of the most fascinating metal music events of Hungary: more than 60 bands will arrive from 19 countries, offering a vast and killer line-up for the metalheads on the 2 stages. Among this year’s headliners we can welcome Arch Enemy, Kreator, Cradle Of Filth, Saxon and Sabaton, and we can also catch some special/rare acts on stage, like Stormwitch, Astral Doors or Vicious Rumors.. it can be guaranteed that the bands will make fans get stiff necks after a crazy night of headbanging. The detailed running order of the 2 stages can be found on the festival’s website at www.metalfest.hu 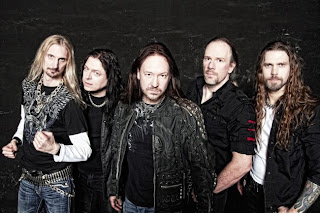 Besides the international acts, the legendary and influential Hungarian band called Pokolgép will also perform with the members of Hammerfall, as the Swedish metal merchants will release their brand new album Infected on 20th of May, featuring an English version version of Pokolgep's classic ballad Hol van a szó, re-titled as Send Me A Sign. “Pokolgép is fantastic heavy metal band, and this song in particular is something we always thought would fit on a HammerFall album. The mood and vibe of this ballad makes it one of the best ever!” – told Hammerfall guitarist Oscar Dronjak about the new song.
The new Hammerfall version of the song can be watched here: http://youtu.be/BYPii7w6f88 and you can check the original Hungarian version by clicking here: http://youtu.be/F0C3ZRZqDXk

To celebrate this special cover song, Pokolgep has invited Joacim Cans and Oscar Dronjak, the vocalist and guitarist of Hammerfall, to be their very special guests at the MetalFest Hungary. The Hungarian and Swedish metal brothers are planning to play together not only 'Hol van a szó', but also some other songs, culled from Hammerfall and Pokolgep extensive catalogue. – “It's going to be an absolute blast performing together with a band we have been listening to for 15-20 years! Something we will remember for the rest of our lives, for sure!” – Oscar adds. Surely a marriage made in metal heaven not to be missed!

Last but not least, some of the local bands will be also there, like Stonehenge: the iconic Hungarian progressive metal band is rising again to play on the main stage. You should not miss Ideas either: this is one of the earliest Hungarian female fronted band, with amazing tunes of gothic metal.

The location of the festival is called Csillebérc, a Leisure- and Youth Centre in a green area of Budapest . It will also serve as camping place, so you can stay there 3 days long with your festival pass. The location is one of the nicest green areas of Budapest on Szabadság-hill, but it is easily approachable by means of public transportation or by car. The site is like a big park with a 46 hectares size, so the camping facilities are just unlimited, and caravans are welcome, too. Moreover about 1000 people can reserve their accomodation in timber houses. For long years the area gives place to juvenile campings, so it’s well-equipped with toalets and showers.

The prices can be also important: a normal sized beer (0,5 l) will cost about 1,3 EUR, and traveling can be also purse-friendly with the low-cost airlines and buslines heading to Budapest. Thanks to these circumstances, Metalfest Hungary will be one of the cheapest festivals on the continent! Also: Budapest is one of the most beautiful and most exciting capitals of Europe. You better pay the city a visit – it only takes only a 30 minutes to get there from the festival grounds. Apart from the touristic parts like the centre of Pest and the castle of Buda. Just next to festival grounds, the hills are perfectly fit for mountain biking and they have great parks, warm watersprings, museums, shops, swimmingpools, etc...